Bedgrove Infant School were in need of a library building that would be inspiring and exciting.

Why The Customer Needed A Garden Building

Bedgrove Infant School were in need of a new library space to accomodate their growing pupil numbers. Looking for a unique and exciting space they considered many different options before landing on a Green Retreats garden room as their perfect choice.

We worked with Bedgrove Infant School to create a building design that would be a simple, modern and cost-effective. Not wanting to take up too much space unnessesarily, the team at Bedgrove decided on the Inspiration design building for its compact and clean exterior style.

With a need to fit upto 30 pupils in the building at one time they decided on a 7.5m x 4m size, one of our largest available. Making the most of the natural light from the playground area, multiple lozenge windows were added to the room – the rest was kept very simple! The results, as you can see, are perfect for the environment! The children certainly seem to love it!

Q&A with the School

What is it you mainly use the room for?

We use it mainly for the library, but we also use it for intervention groups, extra work, and sometimes we have meetings in here.

What’s the reason for choosing this size?

We’re a large four form entry infant school, with 480, so we at least wanted a place for 30 children at a time.

Was there any particular reason you chose this design of building?

We wanted it to fit in without it being obviously intrusive because it’s within our courtyard with other buildings, we didn’t want it to be too high and take away from the lighting from the surrounding buildings. It fitted in really well.

What steps did you come across to find this product?

Initially, we were looking at a bus, which we thought would be good fun, but there were quite a lot of pitfalls with it. We were also looking at storage containers.

But we found you over Facebook, and then it went from there. We did have a few people come out and quote for wooden buildings similar to this, but they were hugely expensive. So, you fell in just at the right time.

How is the building as a learning environment?

It’s lovely as a library. Where they were before they were in-between two classes so they had to be very quiet as other pupils would be learning, so it means now they’ve got that little bit more freedom, as they always love to talk about the books they’re reading.

In the summer, we want them to go out and have stories outside too, as we have future plans to do the ground outside.

Why did you choose Green Retreats?

You were a lot cheaper, and we liked the idea of it and it wasn’t like anything we looked at before.

We went to visit another school, Pebble Brook in Aylesbury because they were also using one (of your buildings) and they had good things to say about it and we liked what we saw so we decided that would suit our purpose.

We got you in touch with another school that had used Green Retreats before, did you have a prior relationship with the Pebble Brook School?

No, we asked if any schools were local to us, that had used Green Retreats before, because obviously, it’s always useful to actually go and see one of the buildings, and hear how they were getting on with it. They had really good report in not only the building and how functional it was, but also the relationship with the company.

Did you find any obstacles with any planning permission or permitted development to put the building in place?

No, we just had to make sure where the drains were, to avoid covering them. Otherwise, it was really quite straight forward, which was another plus point with going with Green Retreats.

Did you visit our showroom; how did you find it?

Yes, we did – I wanted one in my garden! It was really nice to see all the different types of garden rooms, it was worthwhile.

Would you recommend Green Retreats?

And lastly, what were the children’s thoughts on the room when they first saw it?

They absolutely loved it. They just wanted to run around it, have a look in every corner, every book, they really like it.

It also makes a good Santa’s Grotto! We completely dressed it up, for our PTA Christmas event. We just draped everything in white and got some penguins and a Christmas tree. 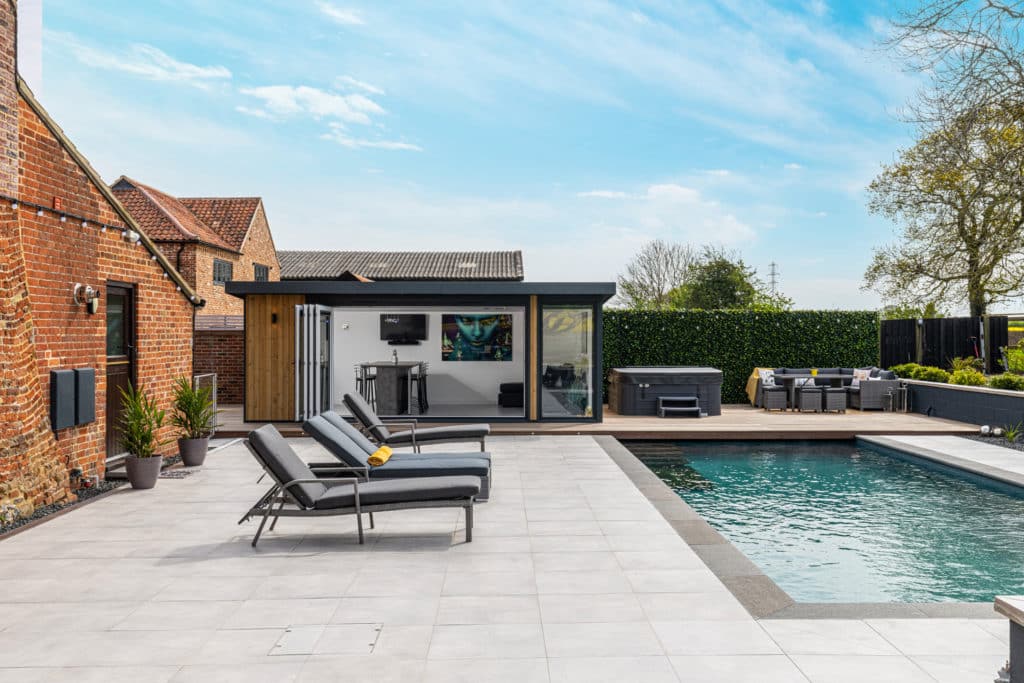 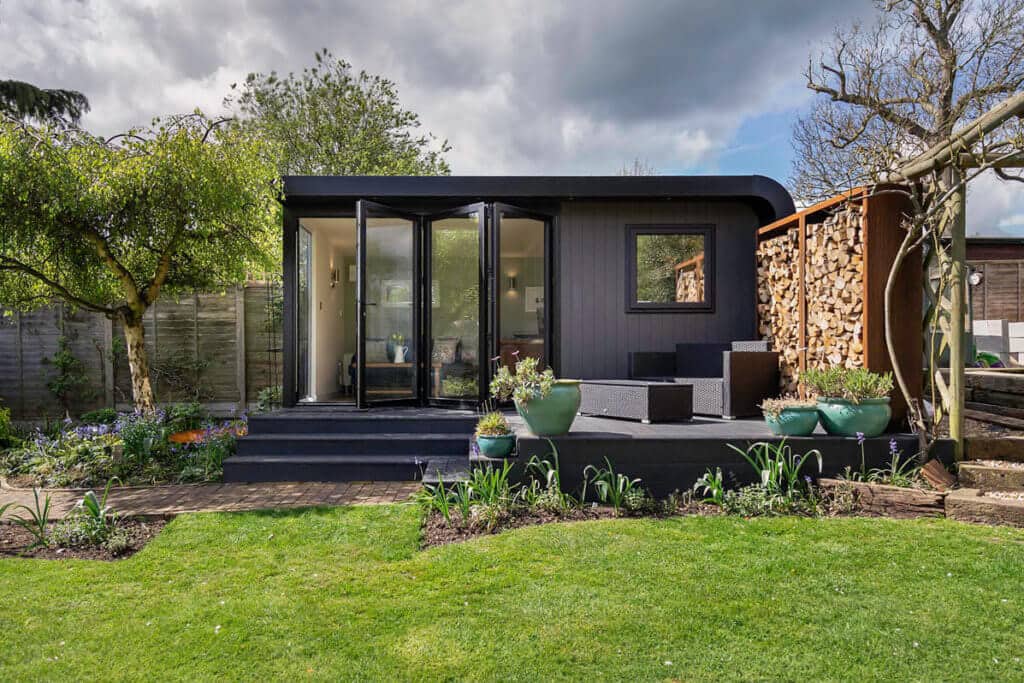 You can get a great idea of how your new garden office will look by using the 360 degree rotating viewer.

Start designing your garden room today using our online Visualiser tool. You’ll be able to choose your style, size, finishes and get an accurate cost.

We use cookies on our website to give you the most relevant experience by remembering your preferences and repeat visits. By clicking “Accept All”, you consent to the use of ALL the cookies. However, you may visit "Cookie Settings" to provide a controlled consent.
Cookie SettingsAccept All
Manage consent

This website uses cookies to improve your experience while you navigate through the website. Out of these, the cookies that are categorized as necessary are stored on your browser as they are essential for the working of basic functionalities of the website. We also use third-party cookies that help us analyze and understand how you use this website. These cookies will be stored in your browser only with your consent. You also have the option to opt-out of these cookies. But opting out of some of these cookies may affect your browsing experience.
Necessary Always Enabled
Necessary cookies are absolutely essential for the website to function properly. These cookies ensure basic functionalities and security features of the website, anonymously.
Functional
Functional cookies help to perform certain functionalities like sharing the content of the website on social media platforms, collect feedbacks, and other third-party features.
Performance
Performance cookies are used to understand and analyze the key performance indexes of the website which helps in delivering a better user experience for the visitors.
Analytics
Analytical cookies are used to understand how visitors interact with the website. These cookies help provide information on metrics the number of visitors, bounce rate, traffic source, etc.
Advertisement
Advertisement cookies are used to provide visitors with relevant ads and marketing campaigns. These cookies track visitors across websites and collect information to provide customized ads.
Others
Other uncategorized cookies are those that are being analyzed and have not been classified into a category as yet.
SAVE & ACCEPT
Powered by